In the 1950’s Polynesian culture and images became popular and trendy, propelled by some of Hollywood’s productions (“South Pacific”), and southland bars (Don the Beachcomber) and restaurants (Trader Vic’s) that romanticized the concept of the tropics. This is a proposal of a colorful, funny, feeling-good theme that will especially stand out in a park environment surrounded by trees and bushes. It is based on the cartoon style developed by animation studios once established in Burbank: Disney, UPA, Hanna Barbera, combined with some beatnik strokes.

Video: Glendale Beyond The Box Program 2019 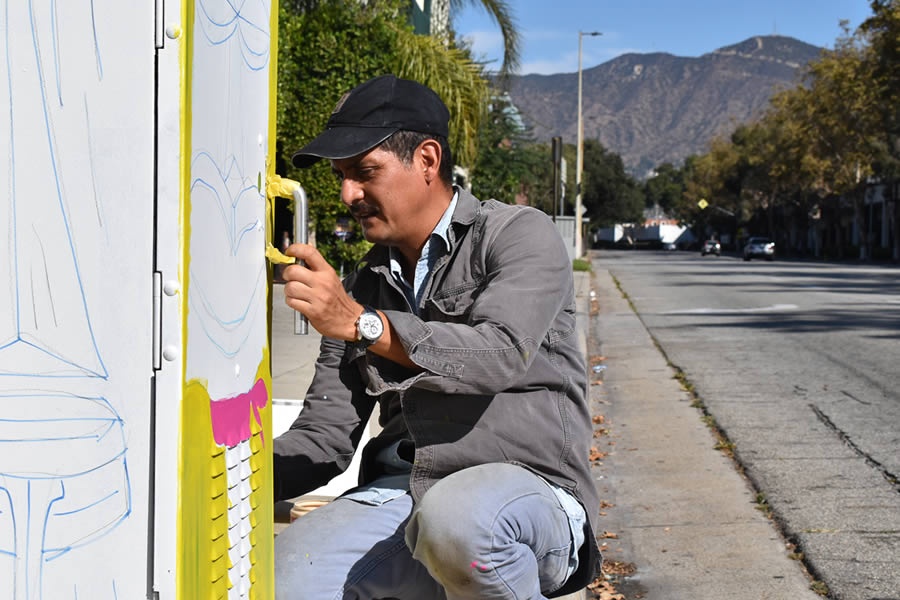 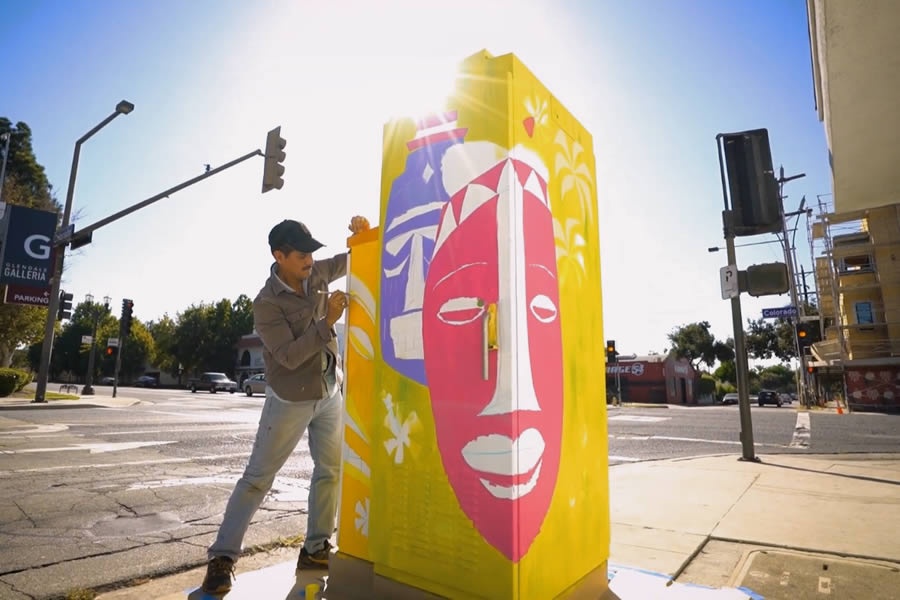 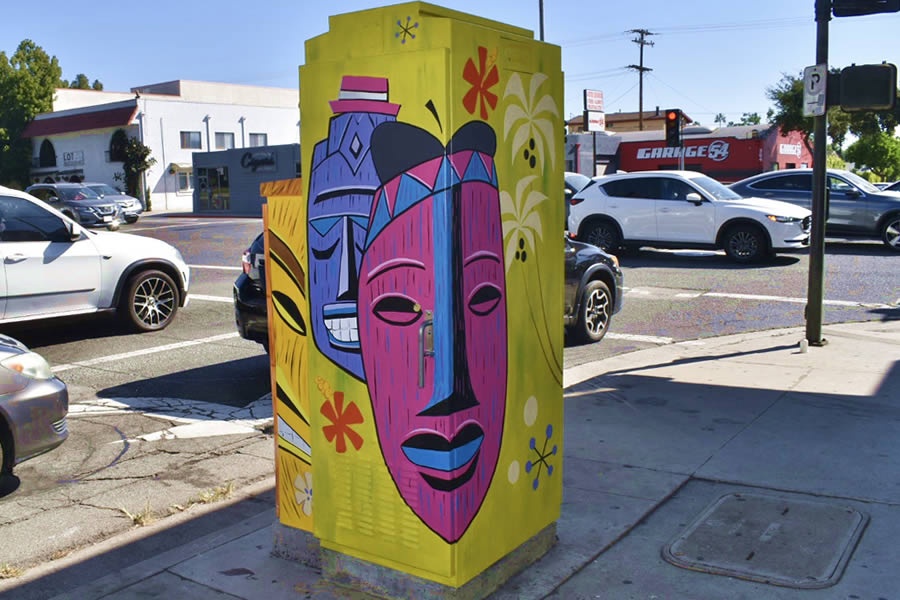 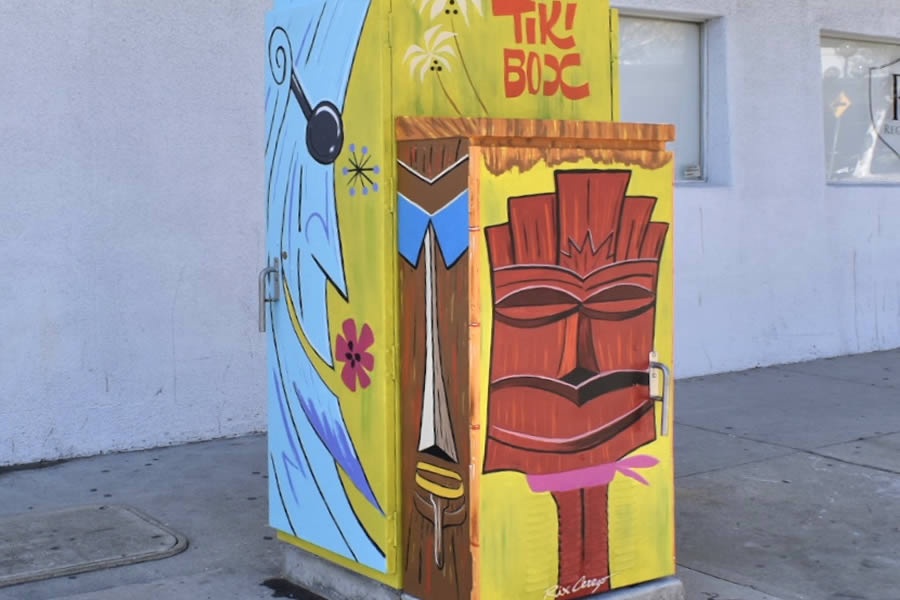 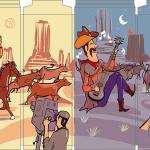