The City of Commerce has a story based on industries and factories. This mural brings that nostalgia using images of hard workers, the Assyrian-themed Samson Tire and Rubber Co. factory, and the Santa Fe Railway. In a way to honor Latino heritage, I have used a modern mural style resembling the Mexican muralism movement (Diego Rivera, José Clemente Orozco, and David Siqueiros). 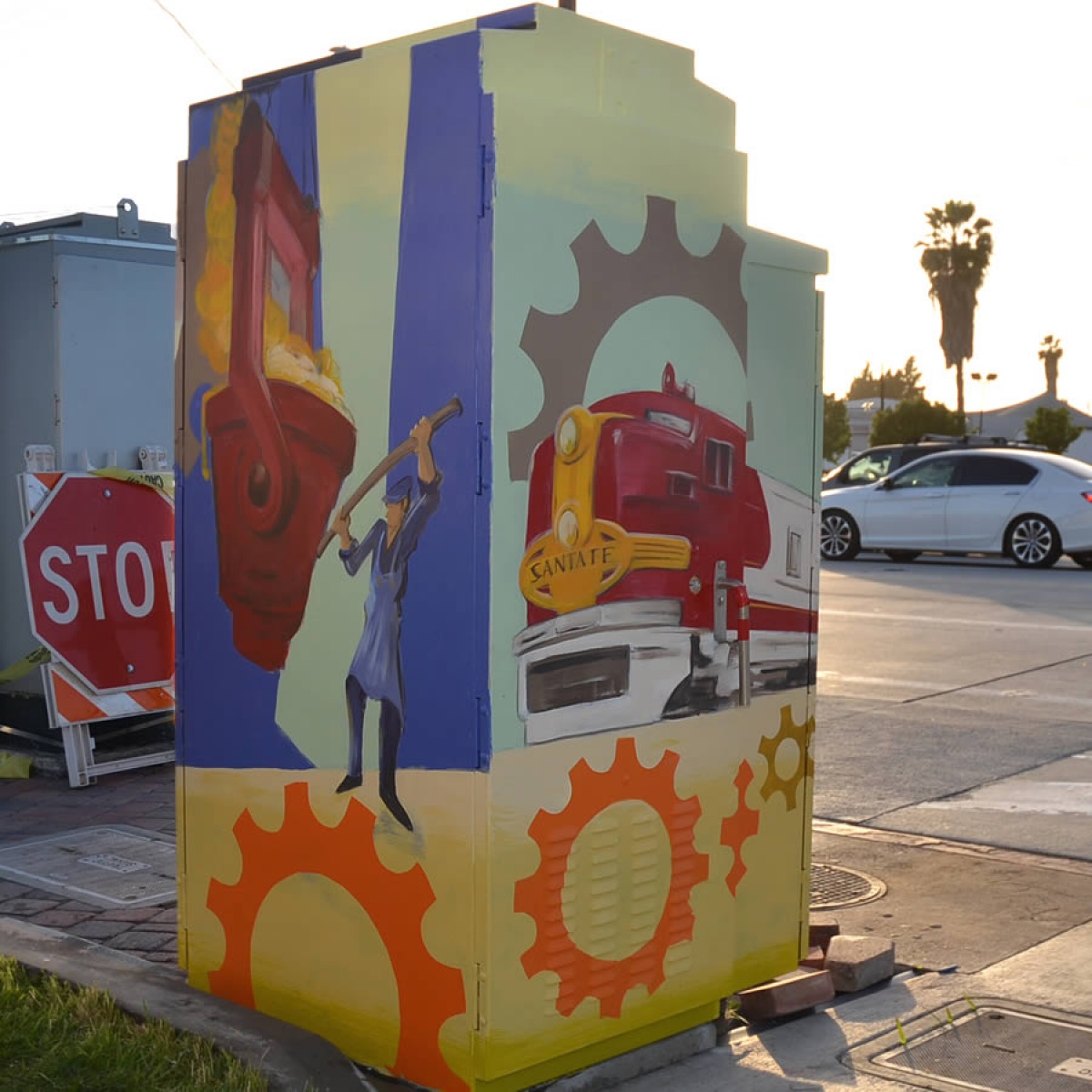 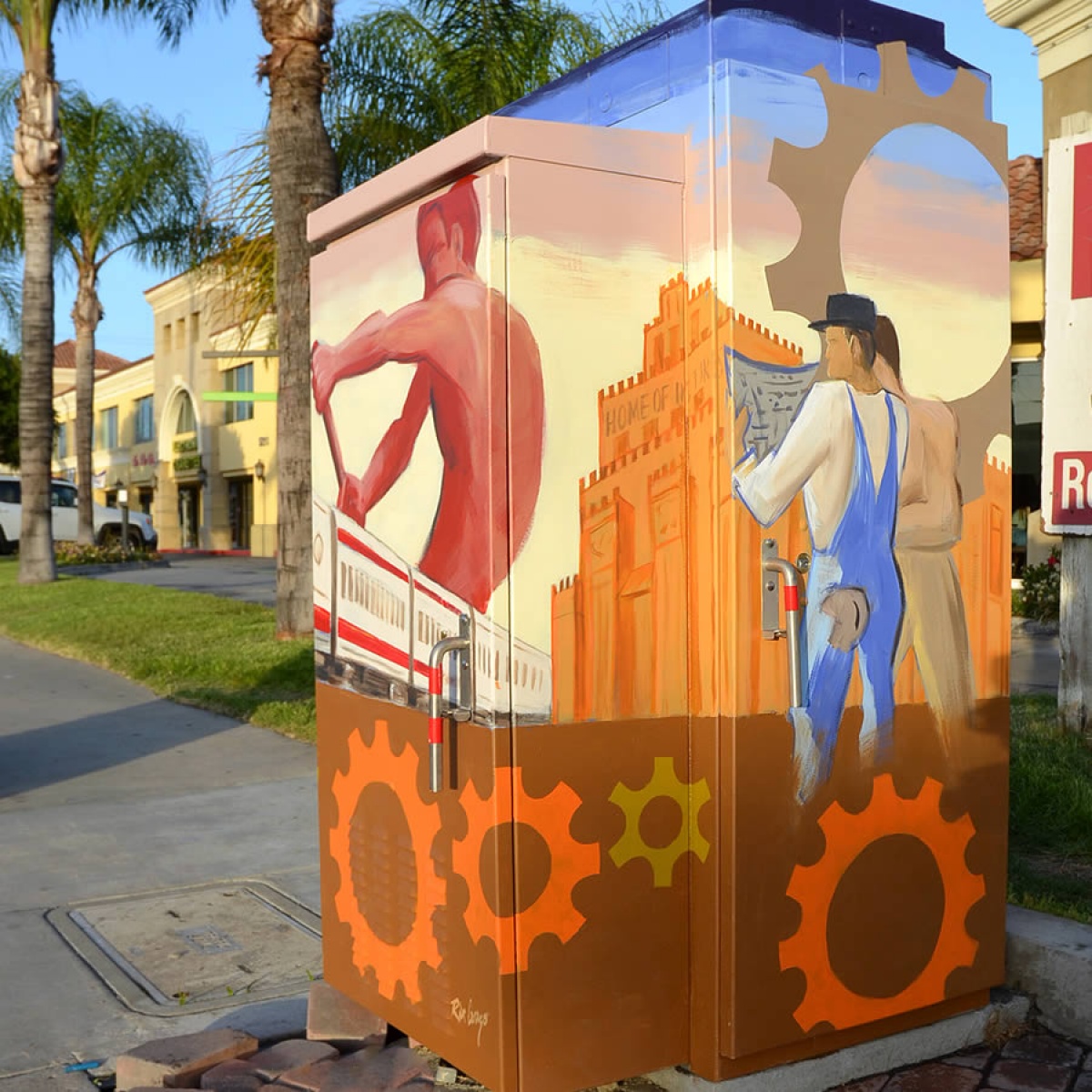 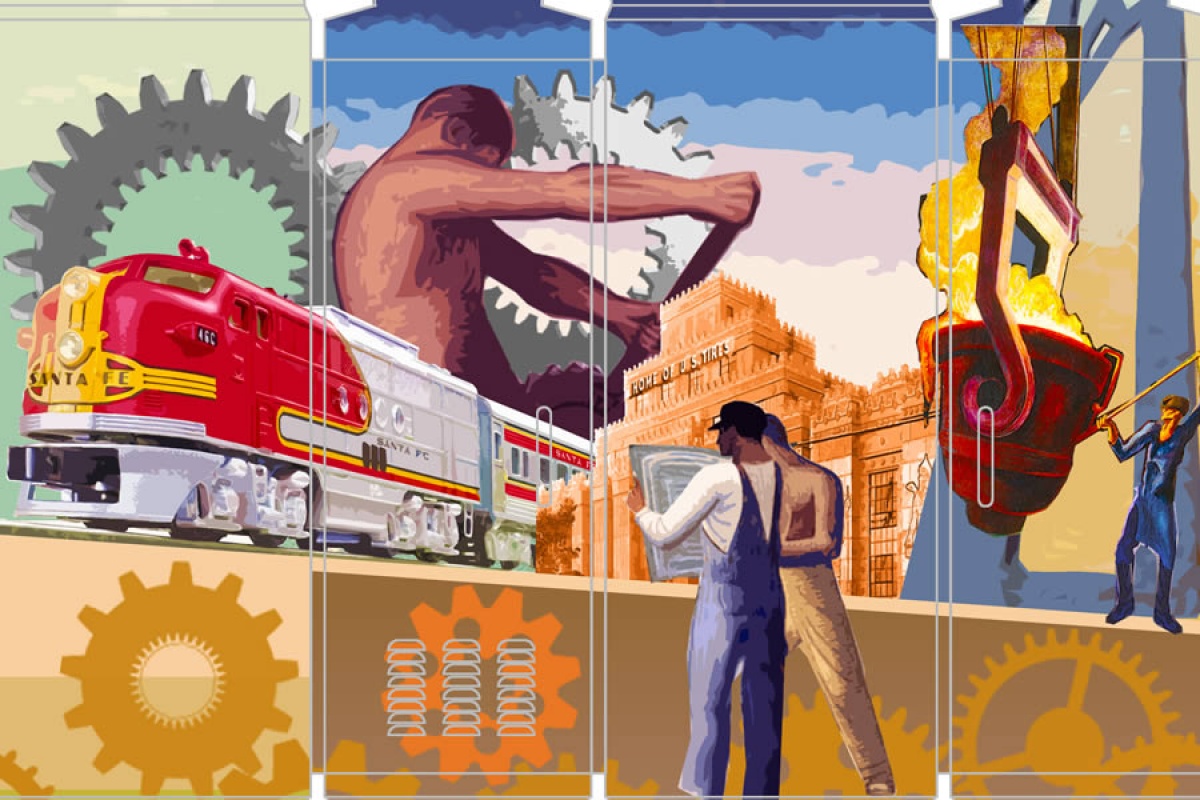 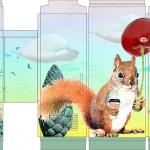 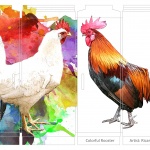